Assessing and Managing Risk to Cultural Heritage: Preserving the Past for the Future

Cultural heritage can be highly vulnerable to the impacts of natural disasters and climate change. This session focuses on innovative tools to improve the understanding of disaster risks, and how can this information be used in disaster recovery and reconstruction, as well as in better preparedness. Bringing together experts from UNESCO a well as non- governmental organizations and initiatives, the session will showcase innovative risk identification processes which use technologies such as 3D-modeling for digitization of cultural heritage assets prior to a disaster, and artificial intelligence following disasters to support reconstruction efforts. Experiences from Nepal and other countries, which have been recently affected by disasters, will be showcased including their efforts in the preservation and restoration of intangible social and communal heritage, as an integral part of the reconstruction process.

The session will also show efforts in Romania to engage communities in historical neighborhoods of Bucharest to better prepare for the next disaster and safeguard the rich cultural heritage for the next generation. Experiences will be shared in the creation and implementation of community-oriented seismic preparedness programs in this historical neighborhood of District 40, Bucharest. 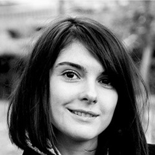 Mihaela Harmanescu, an architect, holding an MA in Sustainable Built Environment, PhD in Urban Planning, and an Associate Professor of the Urban Planning Faculty within the “Ion Mincu” University of Architecture and Urbanism in Bucharest. Ms. Hărmănescu teaches subjects such as Rural Landscape and Sustainable De-velopment and is involved in various research projects and studies on these subjects. Ms. Hărmănescu also conducted a post-doctoral research on Rural Landscape. She is member of several professional associations as Chamber of Architect (OAR București), Register of Urban Planners (RUR), Romanian Landscape Association (ASoP Bucharest), ICOMOS Romania. 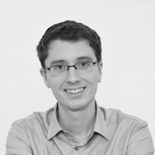 After studying history and project management, Mr. Xavier Gerard started working on Digital Humanities. A consultant for French museums, he joined Iconem in 2017 as Project Manager. Iconem’s mission is to digitize endangered heri-tage sites around the world to record them for future generations. Iconem operates in 30+ countries, using a wide range of 3D scanning techniques including drones. Many iconic heritage sites have been digitized so far: Saint Jacques Tower in Paris, Pompeii in Italy, Island of Delos in Greece, Mes Aynak in Afghanistan, Palmyra in Syria, Angkor in Cambodia, … Mr. Gerard coordi-nated the production of two digital and immersive exhibitions in France and Qatar and set up Iconem’s architecture department. 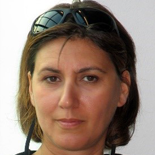 In the past, Dr. Zeynep Gul Unal held various positions, namely UNESCO Turkey Tangi-ble Heritage Committee Member, Advisory Board Member of Republic of Turkey Presidential National Palace Organization, Scientific Board Member of Diyarbakır Fortress and Hevsel Gardens Cultural Landscape, Advisory Board Member of Historic Areas of Istanbul World Heritage Sites. Dr. Ünal is also member of the GEA Urban Search and Rescue Group and participated in many search and rescue operations and humanitarian assistance in response phase, such as Haiti, Ercis-Van Earthquakes, Bosnia and Herzegovina flood disasters. Dr. Unal continues to give trainings in GEA SAR and several interna-tional organizations, such as Cultural Heritage without Borders Albania and Kosovo, and Bosnia Civil Protection. Within the scope of ICOMOS/ICORP on the Road Project, Dr. Ünal and her team work in different countries around the world (Nepal, Mali, Pakistan, Turkey, Brasil), producing documentaries to showcase the inspiring stories of professionals and local communities about post-disaster response and recovery of cultural heritage. 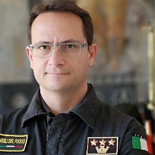 Luca Ponticelli is a civil engineer and for two years he was a Professor at the University of Rome (La Sapienza) in design of active protection measures in fires, as well as expert member of a national standardization organization (UNI) in Italy. He was the technical manager of DR HOUSE European project and he also co-authored two books on the fire resistance of structures and shoring techniques of buildings damaged by earthquakes for the Italian Fire and Rescue Service. Being an expert in fire prevention since 2003 and in disaster management, he had numerous missions in post seismic and hurri-cane affected provinces and countries (L’Aquila 2009, Emilia Romagna 2012, Amatrice 2016, Ischia 2017, Nepal 2015, Antigua and Barbuda 2017). At the moment he is the fire chief of Avellino, Italy. 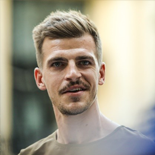 Matei Sumbasacu worked in various roles in the construction industry after finishing his MSc. in Earthquake Engineering at the National Techni-cal University in Athens, and is also the founder of Re:Rise – Romania’s first NGO dealing explicitly with seismic risk reduction. But, more importantly, he enjoys talking about seismic risk and earthquakes to anyone that will listen. Since returning to Romania in 2013, he started talking about Romania’s sei-smic vulnerability. First, he talked to his neighbors in the vulnerable building he used to live in, then to his friends alongside whom he started Re:Rise and, now, thanks to Re:Rise, to constantly growing audiences. Re:Rise grew from 4 people to, now, 13 persons and, for almost 3 years now, they have been proposing and implementing a diverse range of seismic risk reduction projects – from the digital transformation of disaster intervention, to commu-nity empowerment and awareness. 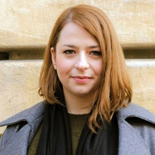 Raluca Trifa is an Architect, a Teaching Assistant at “Ion Mincu” University of Archi-tecture and Urbanism Bucharest and a Researcher in the field of built heritage. After graduating from the Faculty of Architecture Timișoara in 2009, Raluca-Maria Trifa attended the “Conservation and Rehabilitation of Built Heritage” Postgraduate Study Program at “Ion Mincu” University of Architecture and Urbanism Bucharest. Over the next four years she was enrolled in a PhD Program at the same University, with a thesis that focused on the analysis of reuse potential of historic industrial architectu-re in Timişoara. The result of her work in the field of architectural heritage has been constantly demonstrated in a significant number of public presentations and publi-shed papers. At the moment, Raluca-Maria Trifa’s research and professional interest lie in the area of urban heritage preservation and rehabilitation. As a result, Raluca-Maria Trifa has joined since the beginning the project “Catalog Bucuresti”, launched in March 2017 by the Romanian Association for Culture, Education and Normality – ARCEN, in an extensive effort to collect and analyse all the buildings located in the 98 Built Protected Areas of Bucharest. This project aims to be an educational tool for the inhabitants of Romanian capital city and an initiative able to engage all key-actors involved in territorial policies, in order to cease the degradation of the built heritage and to preserve the cultural specificity of Bucharest.