Natural disasters affect not only households’ assets but also their incomes and their consumption. Disaster effects can persist long after the physical hazards recede, forcing households to make difficult tradeoffs between food, education, and healthcare expenditures on the one hand, and replacement or reconstruction of assets on the other. Effects of severe or successive disasters can be seen in reduced educational attainment, stunting, transient and even chronic poverty, and depressed macroeconomic growth. These multidimensional impacts depend not only on the physical event, but also on socioeconomic characteristics of affected populations. For example, wealthy households generally have access to a wide variety of coping mechanisms, which are not easily accessible to many poor households. Critically, such differences affect not only the severity of shocks on household consumption and welfare, but also on the duration of recovery. Socio-economic characteristics may also help predict in advance which households are likely to recover on their own, and which are in need of external assistance to facilitate recovery.

This session explores the links between natural disaster exposure and chronic poverty, how floods and earthquakes affect the Europe and Central Asia region, and how new methodologies can help to identify the most vulnerable groups, quantify and build resilience, as well as develop modern, inclusive, and cost-effective resilience solutions. The session will feature examples from Romania and other countries in the region to better understand wellbeing losses and poverty counts due to natural disasters, complimentary to the more traditional asset losses as metrics of disaster impacts. Examples will demonstrate how these approaches can help to quantify the benefits of integrating disaster risk management into poverty reduction strategies, and vice-versa, including investments and programs outside the conventional disaster risk management instruments, such as adaptive social protection, financial inclusion, and formal risk pooling. 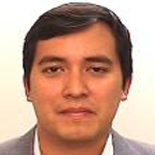 Yann Kerblat is currently a Disaster Risk Management (DRM) Analyst for Eu-rope and Central Asia at the World Bank, a region where he currently provides analytical support to partners and governments for technical assistance and lending operations – focusing in particular on urban resilience, seismic risk mitigation, emergency preparedness, and in developing risk information to enhance investments, policies, and decision-making. Prior to this role, Yann worked in DRM in the East Asia and Pacific region at the World Bank, and with several humanitarian agencies in post-crisis contexts in Africa, Central Asia, and Southeast Asia. A French and Filipino national, Yann holds degrees from the London School of Economics and Political Science (LSE) and the School of Oriental and African Studies, University of London (SOAS). 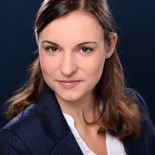 Anne Zimmer works at Climate Analytics since January 2018. Climate Analytics is a non-profit organisation with the main mission is to synthesi-se and advance scientific knowledge in the area of climate change and on this basis provide support and capacity building to stakeholders. At Climate Analytics, Anne mainly works on co-benefits of mitigation and adaptation, climate impacts and avoided damages. In the SLICE project (‘Short- and Long-term Impacts of Climate Extremes’), she and her project partners assess how households in low-income countries are impacted by climate-related shocks and extreme events, including effects on wellbeing, health, education and coping capabilities. Anne Zimmer holds a Diploma in Economics from the Freie Universität Berlin and a PhD in Climate Change Economics from the Technical University of Berlin. During her studies, she has focused on development economics, social policy issues and empirical analyses using econometrics. After her internship in the field of development cooperation at the GTZ (now GIZ), Anne did her PhD at the Potsdam Institute for Climate Impact Research (PIK). In her PhD thesis, she investigated the interlinkages of climate change issues with other policy areas. Towards the end of her PhD, Anne worked for the World Bank as a short-term consultant, conducting econometric analyses on poverty dynamics and vulnerabilties of households affected by climate-related shocks and weather variability. After this, she provided policy advice on sustainable consumption issues, among others to the German Ministry for Consumer Protection (BMJV) and the German Fede-ral Environment Agency (Umweltbundesamt). 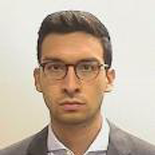 Jun Rentschler joined GFDRR through the World Bank’s Young Professional Program. As an economist, he contributes to the applied research agenda on disaster risk management and climate change adaptation, and supports project teams in developing robust strategies for resilient and sustainable development. Prior to joining GFDRR, Jun was a Doctoral Researcher at University College London, and a Visiting Researcher at the National Graduate Institute for Policy Studies in Tokyo and at the Oxford Institute for Energy Studies. A Japanese national, Jun holds an MSc in Economics and a PhD in Environmental and Resource Economics from University College London.

Manuela Sofia Stănculescu is a Senior Researcher at the Research Institute for Quality of Life since 1994 and doctor in Sociology since 2006. Manue-la worked as a consultant in over 100 national and international research projects in various fields and published over 100 scientific papers (articles, books, research reports). Her main research interests are in poverty and social inclusion, development through innovative solutions, children’s rights protection and local development. The latest publications that she coordi-nated are Services for social housing in Romania and an analysis on children from the special protection system in Romania. 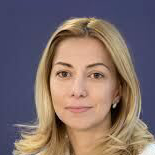 Mihaela Toader graduated the Law Faculty in 2002 and has a master degree in European Public Space, awarded in 2005 by the National University of Political Studies and Public Administration in Bucharest. During 2003-2008 Mrs. TOADER was counselor for European Affairs within the General Secreta-riat of the Government and, later on, in 2008 she was designated as director of the Public Policies Directorate within the same institution, function that she held until 2013. Since March 2013 she was the general director of the Analysis, Programming and Evaluation Directorate in the Ministry of Europe-an Funds. The main task was related to the coordination of negotiations with European Commission and elaboration of programming documents for the use of the European Structural and Investment Funds in Romania. In the first quarter of 2017, Mrs. TOADER was appointed Delegated Minister for Euro-pean Funds in the Ministry of Regional Development, Public Administration and European Funds. Between March-July 2017, she exerted the function of general director of a horizontal unit in the ministry being responsible for the programming tasks, system coordination, and development of the IT system and evaluation of the European programmes. All this extensive and complex experience gained in the area of strategic planning and development, public policies, governance, sound management in the use of EU funds is duplica-ted by a well-organized spirit and highly motivation to deliver smoothly the responsibilities she holds. Currently, she holds the position of State Secretary in the Ministry of European Funds, being responsible for the coordination of managing authorities, implementation of ESI funds and the coordination of the Romanian Presidency to the European Union Council.