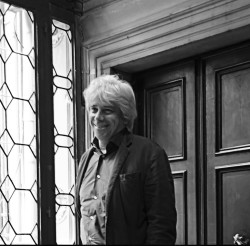 Francesco da Mosto trained as an architect but is also an author and tv presenter. Since 2004, he has made four BBC Arts documentary series on Venice, Italy, the Mediterranean and Shakespeare’s Italy, written accompanying books as well as a book of Venetian recipes, Francesco’s Kitchen, and appeared in numerous other TV and radio programmes. Whenever possible he retreats to the family’s hut on an island in the Venetian Lagoon, which he re-built himself.